Photographs of our past make fascinating viewing and are an important part of the Heritage Groups collection. Many photos have been copied and stored onto CDs, and some are displayed in the Village Hall. Eventually, the Group hope to have a central area to store all resources, making them available for everyone.

A large proportion of this collection has now been placed on this web site (find it under ‘Bygone Days’ in the ‘Gallery’ section). The collection has been split into four categories; roads and buildings, people and events, farm, quarry and railway and Groby Pool. Where possible, text has been attached to each photo and there are several pictures where a direct comparison can be made between ‘old and new’ at a click of a button.

In 2006 an old 20 minute cine film taken during the 1960s came to light. It had been filmed by Reg Sykes, who lived on Ratby Road, and left in a loft for many years since. Reg’s children, Ian and Rose, managed to find the film and sent it away to be patched together and converted into digital format (DVD). It is now with great pleasure that they offer the film to be enjoyed by all residents, past and present, in the 21st century ~ click here to view the film, which is now on this site in the Gallery section. 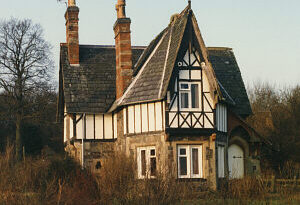