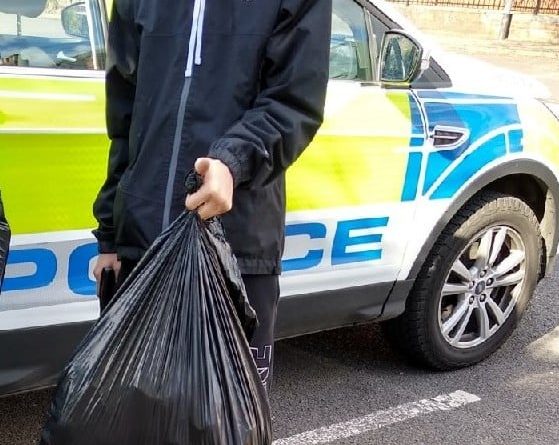 Bit of a longer message today so get a cup of tea.

No reports of theft of or from motor vehicle. There are also no reports of residential burglary this week. Good news but please continue to stay vigilant.

There was recently a post on social media claiming a member of the public had been physically assaulted outside St Catherine’s Church in Burbage and an attempt made to steal the dog. We received no reports of this incident. Upon a lot of investigating and ultimately finding the person involved, this incident DID NOT HAPPEN and was NOT AS POSTED.

There was no assault or attempt dog theft at St Catherine’s Church. We are not able to discuss how the injuries were caused due to the persons wishes but no crime has been identified relating to the injuries. The person posting was not aware of the true reasons so was not aware the post was incorrect. Despite our communication to ensure people are aware this post was not true, people are still posting, sharing and claiming it to be true.

PLEASE DO NOT believe everything on social media or what people are telling you. Often this is third hand information and may not be as it seems. Stories like this raise a lot of community concern and the last thing people need at the moment is to feel they are not safe walking in the street.

We are currently investigating reports of Anti-Social Behaviour on Church Street and Britannia Fields. This involves collating evidence, speaking to local Schools when they are back and hopefully visiting the youths involved. It has been the minority of children acting in this manner and we will do what can be done to change this type of behaviour.

Whilst on patrol yesterday evening we attended Hinckley train Station, upon our arrival we became aware of a small group of teenagers running off.
The group were located along the footpath running parallel to the train line. Unfortunately for them their carrier bag containing bottles of alcohol had split resulting in the bottles smashing on the ground. Their details were obtained and they were taken home to parents.

Information also came to light that one of the group had decided to cross the platforms via the tracks without using the ramp that is provided prior to seeing us. Not only is trespassing on the railway a criminal offence it is also a very dangerous and stupid thing to do.
As a result of their activities, today they have given something back to the community and have been litter picking along the footpath which runs alongside the train line along with the Park off Bridge Road, Burbage and have collected two bin liners of rubbish between them.

Suspicious characters and photos of vehicles

We have received a couple of calls regarding suspicious people taking photos of vehicles. These calls were from the Woodland Avenue and Sapcote Road area. Two males were located who disclosed there is an App where you get points for taking photos of rare vehicles. Officers responded to calls and located the suspects where details were taken from the youths and investigations continue to deal with this.

Messages from residents to raise awareness

“An 86 year old in Hinckley has had a disturbing call from someone saying her ridge tiles & some edge tiles needed fixing or the wet, birds & vermin would get in.  My daughter realised something was amiss as he then tried to get her to sell her caravan to him.  When she had spoken to her neighbour and told her she must tell them no to having work done, she has reported the incident to 101 & she is sending them her ring doorbell capture.  She also noted the vehicle registration & that appears to be lacking insurance etc.
My friend  was contacted yesterday by someone wanting to clear her gutters – she lives in a terraced house therefore the whole row share the same run of the guttering.  She smelled a rat after they said they were doing the row of houses but when she asked who else they had spoken to, she was the first! There was no signs of a vehicle bearing a company name or ladders – she is 78 years old.
I fear the elderly are being targeted locally.
You may well want to warn people?”

“I’m pretty sure this is a scam – although hard to tell given the number of online orders we have.Given it doesn’t detail a sender or order number or come from anyone we’ve shopped with or usual couriers it makes me suspicious. I’ve reported it to the Government Phishing email you’ve previously detailed in the NHW news, but thought worth highlighting to you as well as it is different approach to other scams.”

“Dear Customer,
We’re sorry to let you know that your package  which arrived on 03/04/2021 will be sent back.
This may happen when the receiver’s address is incorrect . Please note that you can visit our website and fill out the form with your correct address information to submit a new delivery request for this package , it will be shipped within 72 hours.”

Thank you for taking the time to read this message and take care.