As the darker nights close in we have seen a bit of an increase in criminal activity around Burbage over the last month. Incidents over the last couple of weeks to inform you of are,

Registration plate stolen from a vehicle on Coventry Road on 16th October.

Registration plate stolen from a van on Church Close on 20th October.

Two reports of Attempt theft from vans on Woodland Avenue and Woodbank on 23rd October at 23:36. Two suspects have forced entry to the vans but alert residents noticed the activity and disturbed them before they were able to take anything. Police were called and quickly on scene. If you have any CCTV/doorbell images of the suspects faces then please get in touch via Darren.stretton@leicestershire.pnn.police.uk crime number 21000617666 or 21000617653

Stop search on vehicle whilst officers patrolling the Featherston Drive. A quantity of drugs were recovered.

I will be holding a crime prevention event this Saturday (30th october) outside the Millennium Hall on Britannia Road. I will be there from around 1400-1700. The plan is to have a table/gazebo outside the front. I will have a large selection of crime prevention products (sold at cost) such as sensor alarms, window alarms, RFID car key wallets, fence spikes, personal alarms and much more. I also have some free items such as anti-theft screws for VRM plates and bin stickers for road safety. Please pop along for a chat if you are able to.

Registration plates can be taken from vehicles and put onto similar looking vehicles to commit crime. This makes it harder for us to locate the true keeper of the vehicle and makes it less obvious that the vehicle may be stolen. Patrols are ongoing to identify criminal activity in the area. Suspicious vehicles/persons will often get stop checked as some types of crime will come from out of area.

Please continue to be vigilant and report suspicious activity to 101 (non-emergency) or 999 (emergency) immediately.

Update from resident regarding suspicious activity on Norfolk Close
“Suspicious person on Norfolk Close. We checked our CCTV it was two milkmen. They delivered to us at Crownhill Road and Norfolk Close. They went backwards and forwards a couple of times as if they were new to the round. They had large flashlights.”

Thank you and take care. 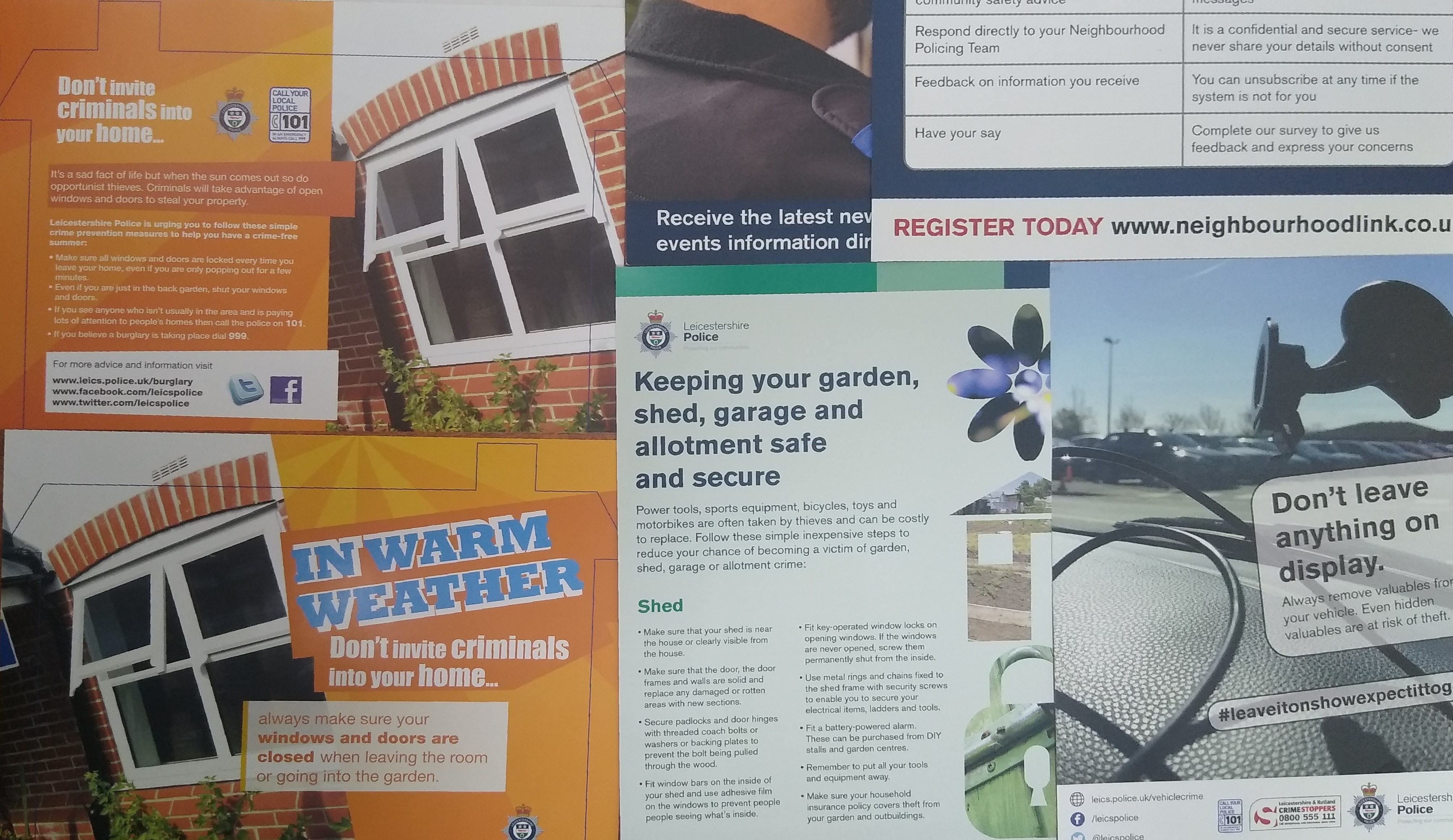