There are always on-going heritage projects in the village (see ‘heritage group’ in the community section).

Alison Coates has set out to discover the explanations behind our Groby street names.

Castell Drive The Castell family still live in the village

Leicester Road See our photographs from the 1930s

The Rookery/Rookery Lane Rookeries were where the poorest inhabitants lived, possibly many people in one house like rooks in a tree. The old tightly-packed cottages have been pulled down but we have a photograph.

Lawnwood Road preserving a field name I think. (As also does a cottage named Lawn Hill on the Markfield Road)

Woodbank Road/Forest Rise Forest ? Close All lead to Martinshaw – the woodCouncil houses built in the late 1940s?Road through the “prefabs” near Martinshaw school. Prefabs were the prefabricated single-storey houses, each erected in a day after World War II (so late 1940s/early 1950s).

Markfield Road
Wallace Drive
Lena Drive
Bradgate Hill
Slate Pit Lane Leads to the area of Groby slate pits – see old rooves in the village and the gravestones in the churchyard. Swithland Slate (or Groby Slate as I like to call it) makes very thick slates, which are largest at the eaves)

From the late 1960s onwards to the present day, Groby Parish Council has recommended appropriate street names to house builders in Groby:-

Castle Rise about as far from Groby Castle mound (behind the Old Hall) as it could be!

Crane Ley On the site of Crane’s farm, one of the remaining large farms in the village from the 1925 Estate Sale Map

Old Hall Close about as far from the Old Hall as it could be!

Sacheverell Way Sacheverell is the name of a Ratby and Groby charity, money from mowing a field for the poor of the 2 villages – see The Groby Book

Stamford Drive and Warrington Drive refer to the Grey family, Earls of Stamford and
Warrington, who owned Groby, Bradgate, Ratby etc from the late 1400s to 1925. This explains the name of the current pub in the village with the Grey coat of arms on the sign. A memorial hatchment (diamond-shaped) showing the full coat of arms of the 7th Earl of Stamford & Warrington who died in 1898, hangs in the church. Hence also streets including the name Grey. 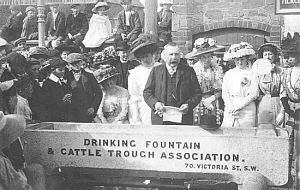