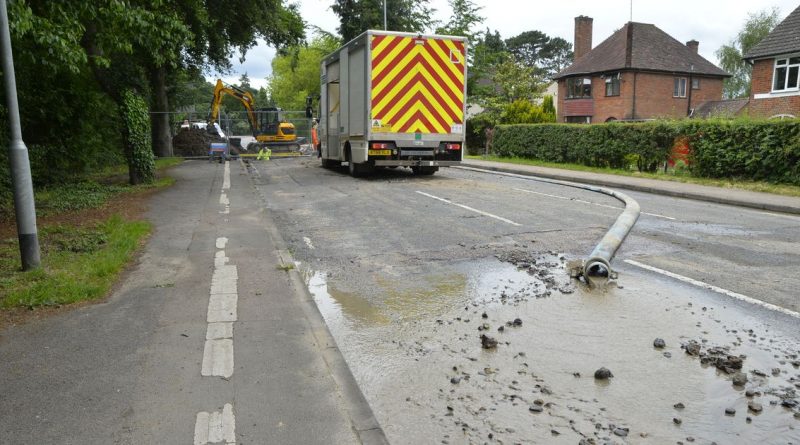 Comment from Severn Trent: Repairing the pipe is more complicated than initially thought

Severn Trent have come back to us with a reply, saying the burst pipe is under control, but repairing the pipe is causing them more complications than they initially thought.

A spokesperson said: “We’d like to apologise to customers living and working near Gynsill Lane in Glenfield, who’ve been affected by a burst water pipe yesterday evening.

“We quickly brought it under control and returned everyone’s supply shortly after being made aware of it. Now we’ve managed to isolate the burst, we’re working hard to repair the pipe.

“Unfortunately, this has proved to be more complicated than we initially thought, so we’ll continue to work in the area until the job’s done.

“To keep our team and other road users safe, we’ll need to keep a temporary road closure in place for now.

“Again, we’re really sorry for the inconvenience this is causing, but be assured we’re doing everything we can to return everything to normal.”