HINCKLEY’S Hollycroft Park will come alive with the sound of music when the popular Proms in the Park concert returns on Saturday 4 September.

Organised by the Borough Council and Hinckley Round Table, Proms in the Park is returning by popular demand following a six year hiatus.

The free open air concert will feature performances from Leicester’s Bardi Wind Orchestra which has been making music for nearly 30 years and has raised thousands of pounds for both national and local charities at their annual high profile De Montfort Hall summer concerts.

Under the baton of Music Director David Calow, the Bardi Wind Orchestra will be performing a feast of well-known music from the Big Screen, including James Bond 007, Harry Potter, ET and Raiders together with The Big Country, Great Escape and Magnificent Seven.

Vocal Soloists Jenny Saunders and David Morris will also be joining the Orchestra in well-known standards such as Over the Rainbow and Come Fly with Me alongside My Heart Will Go On and Nessun Dorma.

The concert ends in flag waving style with traditional Last Night of the Proms favourites including Rule Britannia, Jerusalem and Land of Hope and Glory.

We are delighted to be working with the Borough Council on this event. We are best known for our Santa Sleigh in December but the rest of the year we are having fun and raising more money for local charities and causes. This free concert is great for the local community, and Hinckley Round Table has been a part of this community for 74 years so we are very proud to be a part of it

After the disappointment of having to cancel last year’s event along with so many other events last summer, it is a real treat to have this popular musical event back again. So bring your deck chairs and picnics and settle down to enjoy the great musical talent, the singing and the flag waving while soaking up the atmosphere in the lovely park setting.

The event will start at 5.30pm with the concert starting at 6.30pm. The event is due to finish at 9pm.

No booking is necessary and everyone is welcome.

Have your say on Market Bosworth Masterplan

Time to nominate your sporting heroes 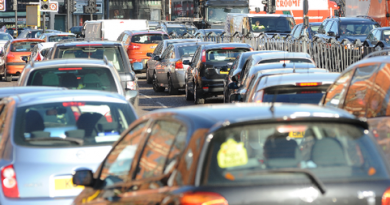