The changes brought to the local scene by the passage of time are evident in photographs readers have sent in of the ‘grandiose’ stable block at the former Bradgate House – built at Groby in the 1850s, for George Harry Grey, Seventh Earl of Stamford.

In response to my request for details of Bradgate House – demolished in 1926, but recalled in an old picture recently on my page – I received a photograph from Mr David F Thorpe – showing the mock Jacobean style stable building in its heyday fronted by spacious kitchen gardens and a cluster of large glasshouses.

Some of the trainers who tended the estate are seen in the foreground.

The scene contrasts with a recent picture of the stable block which though still standing is in an almost ruined state.

The stables complex (designed by the same architect as the main house) cost a mighty £30,000 and deemed necessary when the Seventh Earl became Master of the Quorn Hunt in 1856 (a position he held until 1863).

He would be required to provide hunters for himself and his staff of at least one huntsman and some three whippers-in.

Since the Quorn hunted on at least three days a week during the season and each rider required two horses a day there had to be stabling to meet this need, plus the estate horses and those of guests – in total at least 50 horses requiring accommodation.

At this period the hounds would have been moved and kennelled around the countryside depending where the meet was due to take place. A kennel to the north west of the stables, though too small to have provided long term accommodation was probably a temporary measure when the hunt met at Bradgate House.

The block also included a carriage room and later on in the 19th century a gas house, providing lighting was built nearby.

This I learn from Mrs Janet Lowe who in researching a Millennium project on ‘Groby Gonebyes’ visited the remains of the stables – which can be seen from the A50.

“The estates department of Redland Aggregates, who now own the site, kindly allowed the visit and gave me information prepared at the time of a survey by the Royal Commission on the Historical Monuments of Britain,” she explains.

It’s understood several ideas have been put forward to rescue the stable block, but so far they haven’t proved viable.

Changing the subject from the Earl of Stamford’s stables to the Stamford Arms public house – Mrs Lowe wonders if anyone has a picture or information of a Swithland slate arch that existed “many moons ago” between the hostelry and the butcher’s opposite on Leicester Road, Groby. 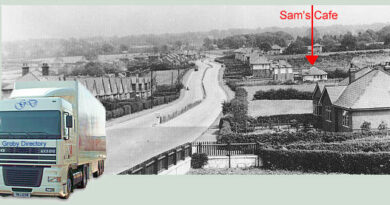 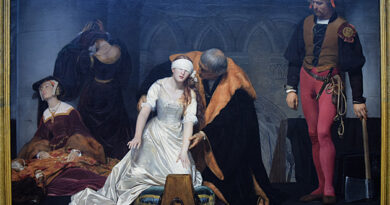 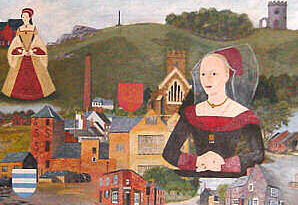 The Greys of Groby