The Chief Executive of Cineworld Cinemas has thanked the Borough Council for its ongoing support of the Hinckley cinema and responded to a number of concerns raised following its temporary closure.

Borough Council Chief Executive Bill Cullen contacted Cineworld at the request of Council Leader Stuart Bray at a recent full Council meeting after the popular Hinckley venue was temporarily closed in October along with all other UK Cineworld venues. The business took the action after it was heavily impacted by capacity restrictions and delayed major movie releases resulting from the coronavirus pandemic.

The Borough Council’s letter highlighted the popularity of the cinema, adding that it is a much loved facility that residents of the borough asked to see returned to the town as part of the Crescent, the multi-million pound town centre mixed retail and leisure redevelopment scheme which opened in December 2015.

The council also sought further discussions over safeguarding the long term future of the facility with the company and offered to work with its partners including the DWP to provide help and advice to any affected Cineworld employees.

Mooky Greidinger, Cineworld Group’s Chief Executive’s response thanked the council for its offer of support, adding that all Cineworld Hinckley employees “who remained with the business and are not required to work” have been furloughed now that the furlough scheme has been extended in its previous form, and that his hope was this would continue until the cinemas are reopened.

Mr Greidinger added, “Like you, we recognise what an asset the cinema is to the town centre,” and agreed to discuss further updates on the reopening of the cinema in due course with the assurance that, “Our priority remains the health and safety of our team and customers, and we will do everything we can to reopen our cinemas safely as soon as we can.”

I welcome this update from Cineworld, particularly the news that the company is now able to retain its valued employees which was a particular concern. We know how important that facility is to our local residents so we will continue to work closely with Cineworld to do what we can to safeguard its future in Hinckley. 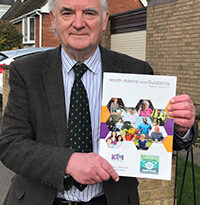