A family facing a £95 fine after their parking ticket blew upside down at Bradgate Park have been told the fine will be refunded.

Patryk and Martha Mieczyslawski regulary takes their sons Ryan, six, and Matthew, 11, to the park but one Sunday last month, as they were setting off for a walk in the park, their parking ticket was blown over, leaving it face down.

They returned to the Newtown Linford car park to find the £95 fine on their vehicle. Patryk, 38, immediately took the fine and the ticket to a member of staff and was told the fine would be cancelled.

But the fine arrived in the post at their home in Belgrave, Leicester, a few days later.

Patryk asked Bradgate Park Trust to cancel the ticket, so the delay left him unable to get the £40 discount offered for paying the fine straight away, and his appeal seemed to be unsuccessful.

A message from the enforcement company, eParking.co.uk, said: “We have considered everything on your email but do not feel that you have made grounds for cancelling the parking charge notice and as such payment remains due.”

But LeicestershireLive contacted Bradgate Park and was told the trust would be happy to refund the fine for Patryk.

James Dymond, the director of the Bradgate Park Trust, said: “Our policy is that we’re happy to refund fines where proof of the ticket being purchased is available, as in this case.

“The customer concerned is welcome to contact our Estate Office so we can look into this further.”

Describing what happened, Patryk said: “It was a windy day and I was with the kids who were wanting to get into the park and I didn’t realise the ticket had flipped over by the time I’d closed the door.

“I’d just followed my kids into the park and didn’t notice.

“When I saw the yellow envelope on the car I couldn’t believe it. I spoke to one of the people working at the park and he said it was no problem – he’d cancel the ticket. But I got a fine.

“I appealed but now I’ve received an email saying I still have to pay the fine.”

Bid to build 150 new homes on fields near Bradgate Park 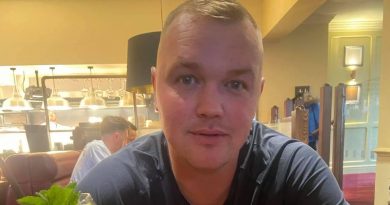 Searches as family and police concerned for missing man