This isn’t the best county in the UK for huge, cascading waterfalls, but there are several within driving distance for a nice trip out.

Bradgate Park is probably the best spot in Leicestershire for tumbling H2O but the Peak District to the north has plenty to offer.

Below is a guide to some of popular ones within 70 miles of Leicester city centre.

As many regular visitors to the country park will be well aware, the footpath running from Newtown Linford to the ruins of Bradgate House has a series of small, but tranquil waterfalls.

At this time of year the River Lin, which flows towards Cropston Reservoir, is alive with fluffy ducklings and tiny moorhen chicks, as well as being a great place to spot some of the hundreds of deer on the park going for a refreshing drink. 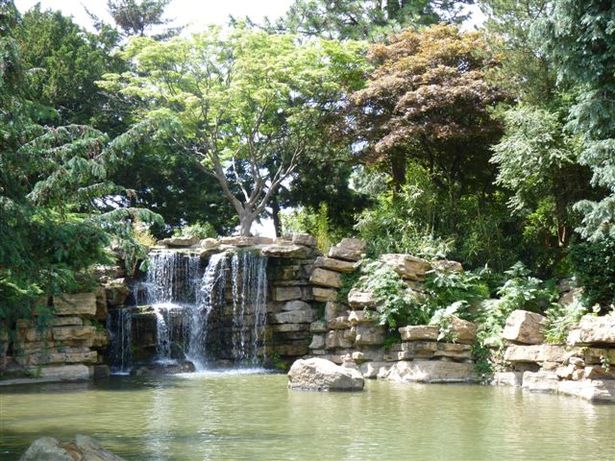 At the far end of the boating lake (the opposite end to the café and crazy golf) is this lovely waterfall.

You can get good views of it from the stepping stones which go across the shallow pool at the end of the lake. 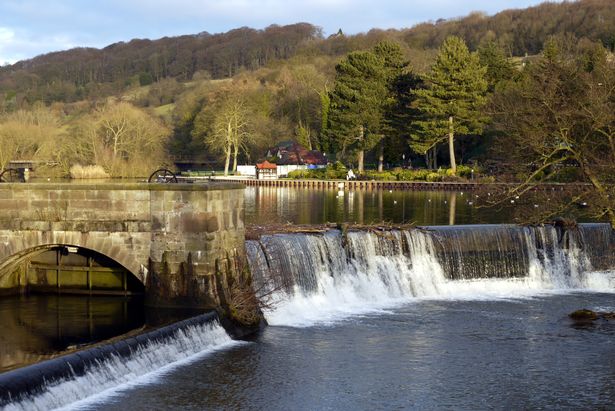 Described as Amber Valley’s ‘Jewel in the Crown’, these gardens offer an opportunity to see the River Derwent as it flows through Belper.

If you’re there over the summer you may well see one of a range of events tasking place there. 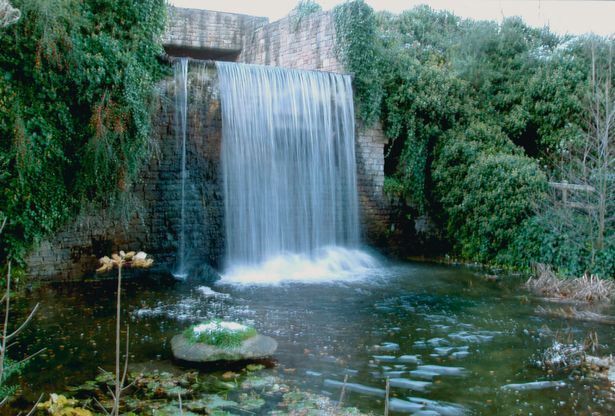 There are a number of waterfalls at Newstead Abbey, which have been formed as the River Leen feeds the Abbey’s lakes and ponds.

Some are cascade-style waterfalls, but the most impressive is this one between the upper lake and the garden lake. You can get behind it to take impressive shots. 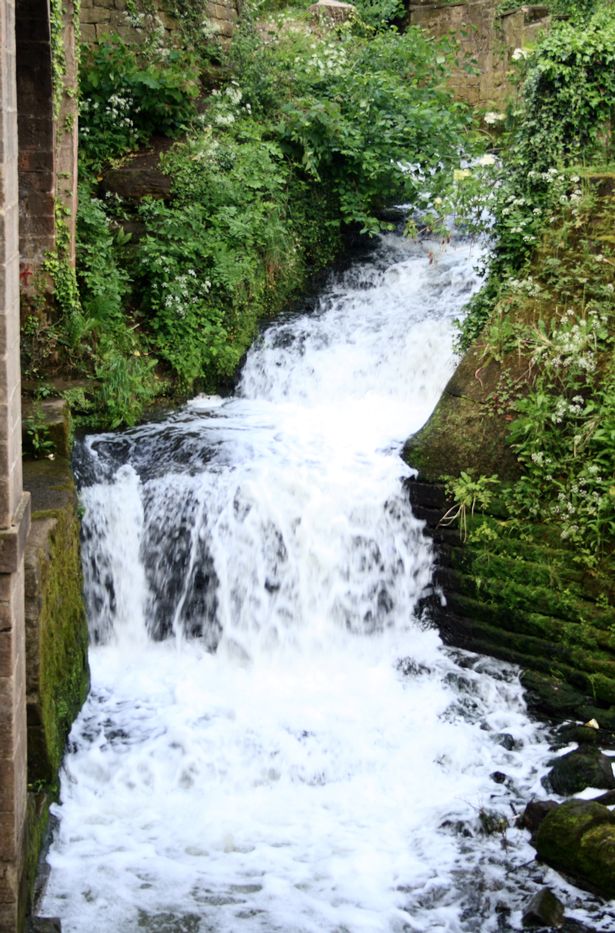 At the site of one of Nottinghamshire’s oldest railway viaducts, there is a lovely waterfall where the water flows out of Kingsmill Reservoir just off Kingsmill Lane.

The reservoir itself was created in 1837 when 72 acres of land was flooded. 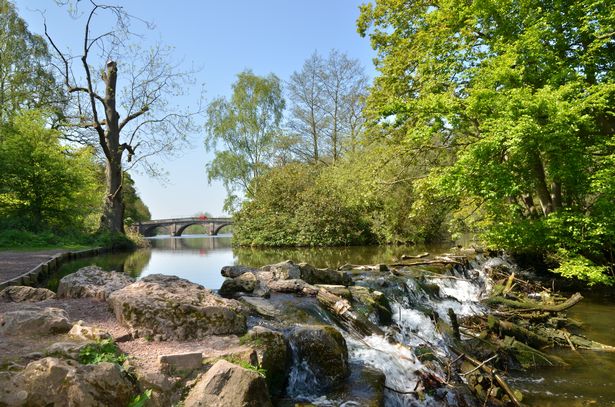 This is more of a weir, really, but it’s a lovely little spot just downstream from the ornamental bridge as the River Poulter goes into Clumber Lake. 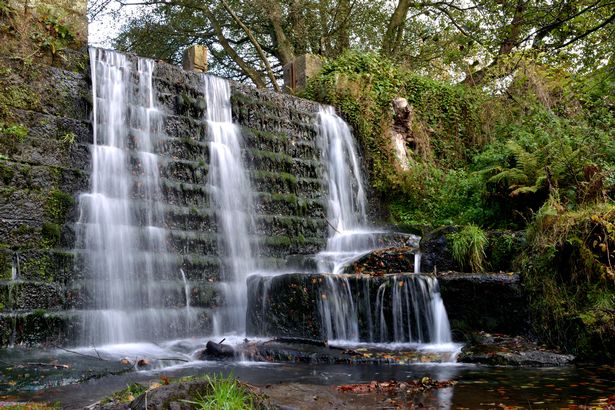 In Lumsdale, just outside Matlock, is this impressive waterfall set among the ruins of historic industrial mills and wooded walking paths. 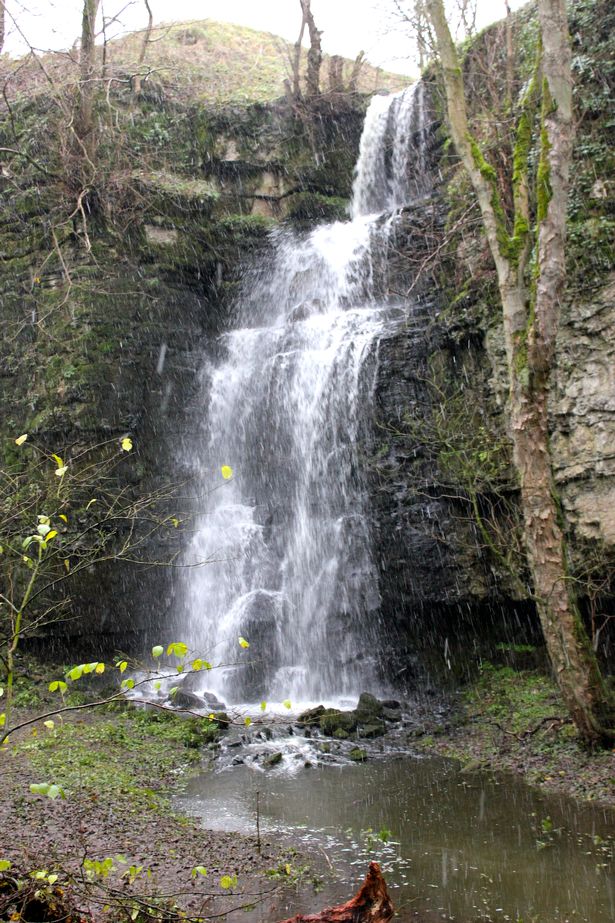 You’ll have to keep your eyes peeled for this one, on the road between between Foolow and Eyam.

There’s nowhere particularly convenient to park on the road so you might be better off walking from Eyam. 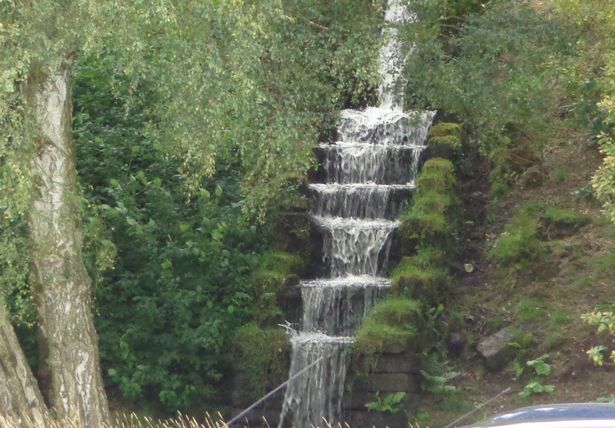 There are a few cascades and waterfalls at Chatsworth, including the Trought Waterfall, Sowter Stone Waterfall and The Aquaduct. 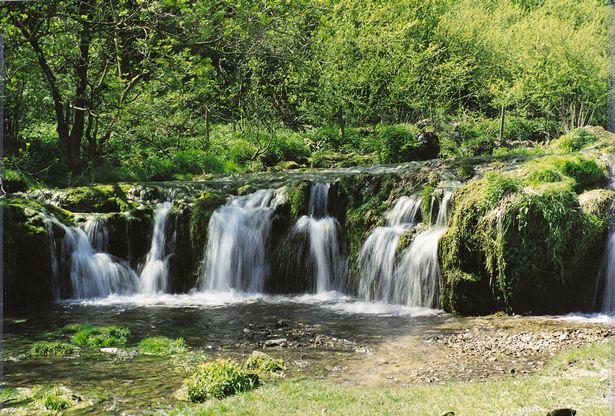 The River Lathkill near Bakewell is not especially large, but there are some lovely spots as it wends its way through the dale, including at this waterfall where you can picnic. 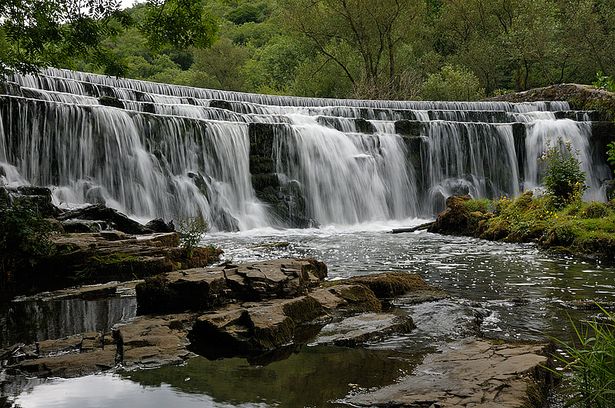 There’s good walking along the river to be had at Monsal Dale, near the village of Little Longstone. Nearby Monsal Head is one of the most photographed spots on the Peak District.